Tales from Rimba 4: Who’s there?

[Update 9 Jul: Corrected ID of the animals and status in Sg, in green font.]

The previous post wasn’t exactly the most optimistic, I know. So here’s some happier stuff! Warning though: There are photos that may cause you to lose your appetite.

Who lives in the jungles of Malaysia?

Because Reuben‘s project focuses on mainly ground-dwelling mammals, the photos you see here are mainly those. This does not mean that there are no other kinds of animals in the jungles! All photos here are courtesy of Rimba, from the Kenyir wildlife corridor project. If you would like to use the photos, kindly contact Reuben.

#Sg – Still currently extant in our little island-state/City in a Garden as well
#exSg – Used to be extant (or believed to be so)
If I’ve made any errors, kindly do let me know! 🙂 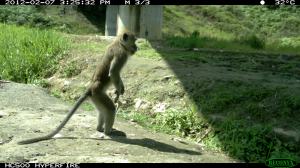 The most familiar to Singaporeans, the Long-tailed macaque (Macaca fascicularis) #Sg

The trending topic in Singapore at the moment, the Wild boar aka Eurasian wild pig (Sus scrofa) #Sg 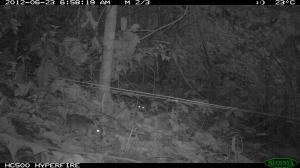 Mousedeer (Tragulus sp.) I can’t tell if it’s the Greater or Lesser one.. #Sg? 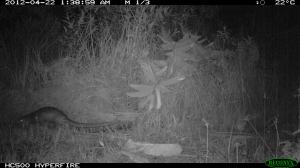 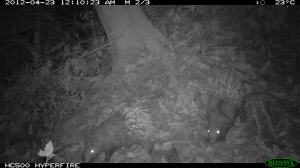 Are they doing It??! 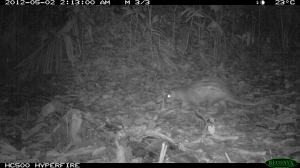 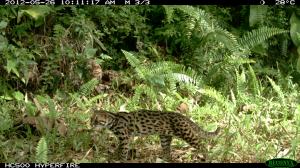 “Is there something there??” 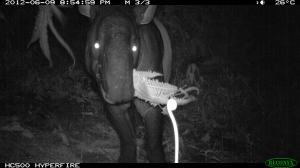 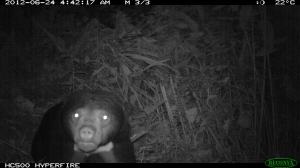 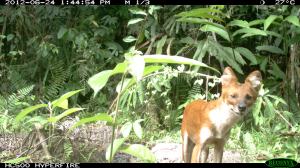 Check this out: elephant getting up! 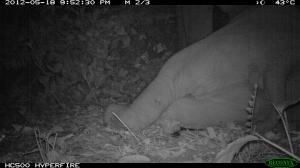 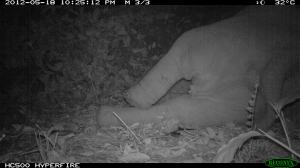 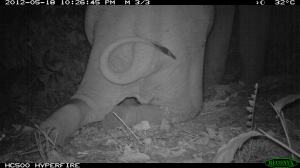 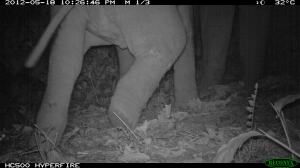 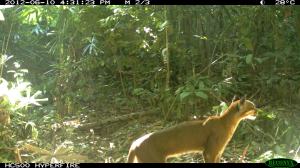 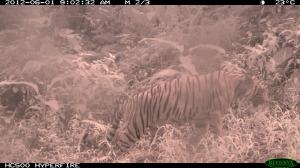 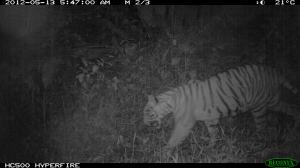 To think we used to have them roaming around Singapore too! Along with all the other #exSg animals… 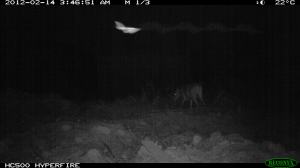 Some bat? The one on the ground is a Barking deer.

Some kinda rat? With a really long tail?

And then we have others as well.

Dragonfly (that little speck in the foreground)

Blade of grass. Thousands and thousands of photos of it. #Sg

And quite a number of birds too.

Apologies in advance, I can’t quite ID birds yet 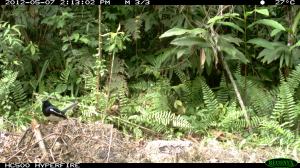 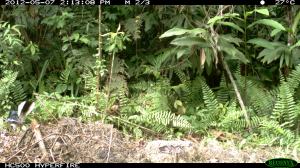 Showing off its tail. This guy came back quite a few times. 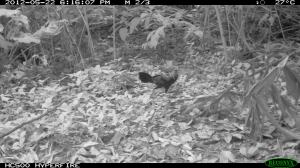 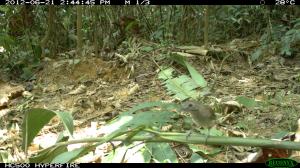 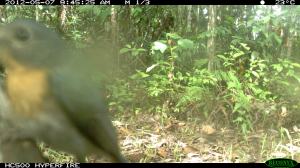 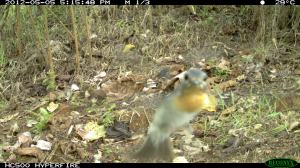 Coolest photo ever. Taken from a different camera trap, but I reckon it’s the Same Orange-throated Small Bird as before?

And then of course we have the ever ubiquitous humans (Homo sapiens).

I’m not sure if I’m supposed to blur their faces for privacy’s sake or something, but anyway 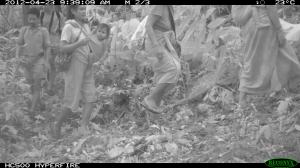 Humans carrying a tyre and a fishing rod 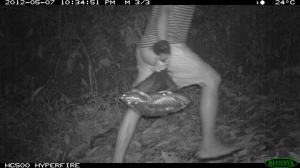 Human carrying a bag of fish 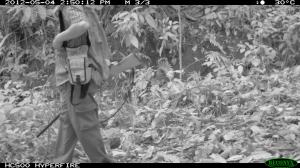 Another human carrying a gun.

Human showing off his facial expression.

Human showing off his legs.

Human showing off his butt. (thanks but no thanks, really). And there are worse.

Well, I can’t end off with such a horrendous photo, and it’s clear that humans are entering forests/forested areas (nothing wrong with that, mostly), and sometimes removing wildlife from the place (everything wrong with that). There’s plenty at stake still, as the camera traps have shown us. 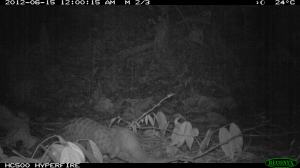 Baby pangolin!! On mum’s back.

Camera trapping is a wonderful technology indeed and is helping field biologists all over the world. Many an elusive animal thought to be extinct was found to be still in existence (despite the odds!), or even new species found because of these wonderful camera traps. Well, one can never have enough camera traps; with more of them, Reuben will be able to cover more ground and who knows what we’ll find! So, please adopt a camera trap if you can! 😀 There are other ways of helping as well, just click the link.

6 Responses to Tales from Rimba 4: Who’s there?